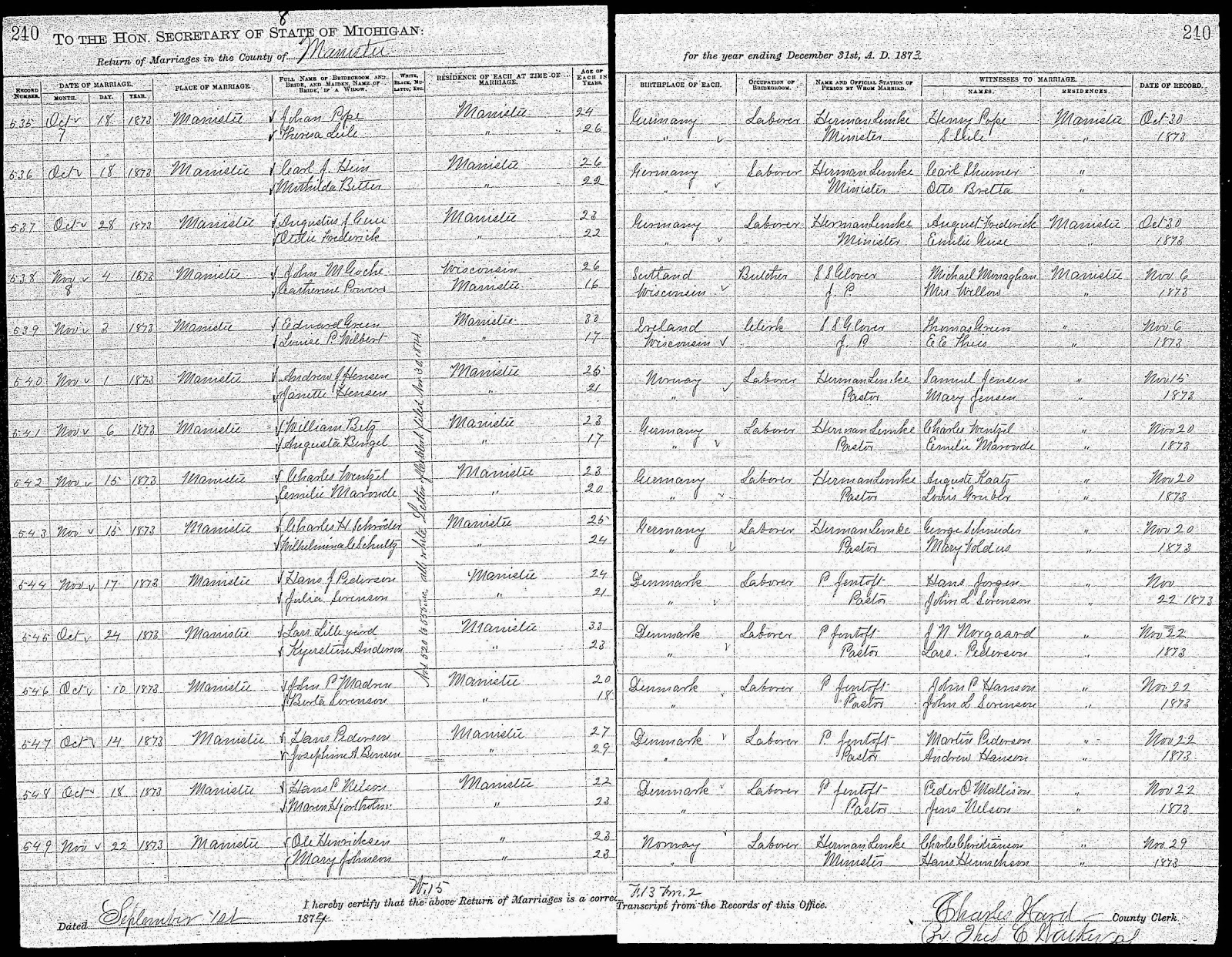 During the early days of Manistee, Michigan my ancestor, Ottilie Fredrich, married August Guhse on 28 October 1873, just a little over one year from when Ottilie immigrated to the United States.

The record which can be found at Family Search under Marriages, 1868-1925, record number 537, shows Augustus J. Gau and Otilie Frederick marrying in Manistee.  They are both age 22 and born in Germany.  He is a laborer.  They were married by Herman Lemke, Minister.  Witnesses were August Frederick and Emilie Guse, both of Manistee.

Further research shows that Herman Lemke was the minister of the German Lutheran Church, now Trinity Lutheran Church, in Manistee.  One of the witnesses was August Fredrick (correct spelling).  August, my maternal great grandfather, was the brother of Ottilie.  Their parents were Christoph Fredrich and Susanna Koenig.

An interesting side note to this record page is if you look underneath their marriage record for record numbers 538 and 539 you will see those couples were married by a Justice of the Peace, S.S. Glover.  My Samuel Stillman Glover Jr, my paternal second great grandfather.  I find it amazing when I see these coincidences.  I wonder if the families knew each other.  Although, my parents met seventy seven years later in Manistee county, the Glover family didn't live in Manistee county after the early 1900's.  The Fredrick's family did and still does today.  This is why I love genealogy, you just never know what you will uncover.


Posted by Brenda Leyndyke at 7:55 AM