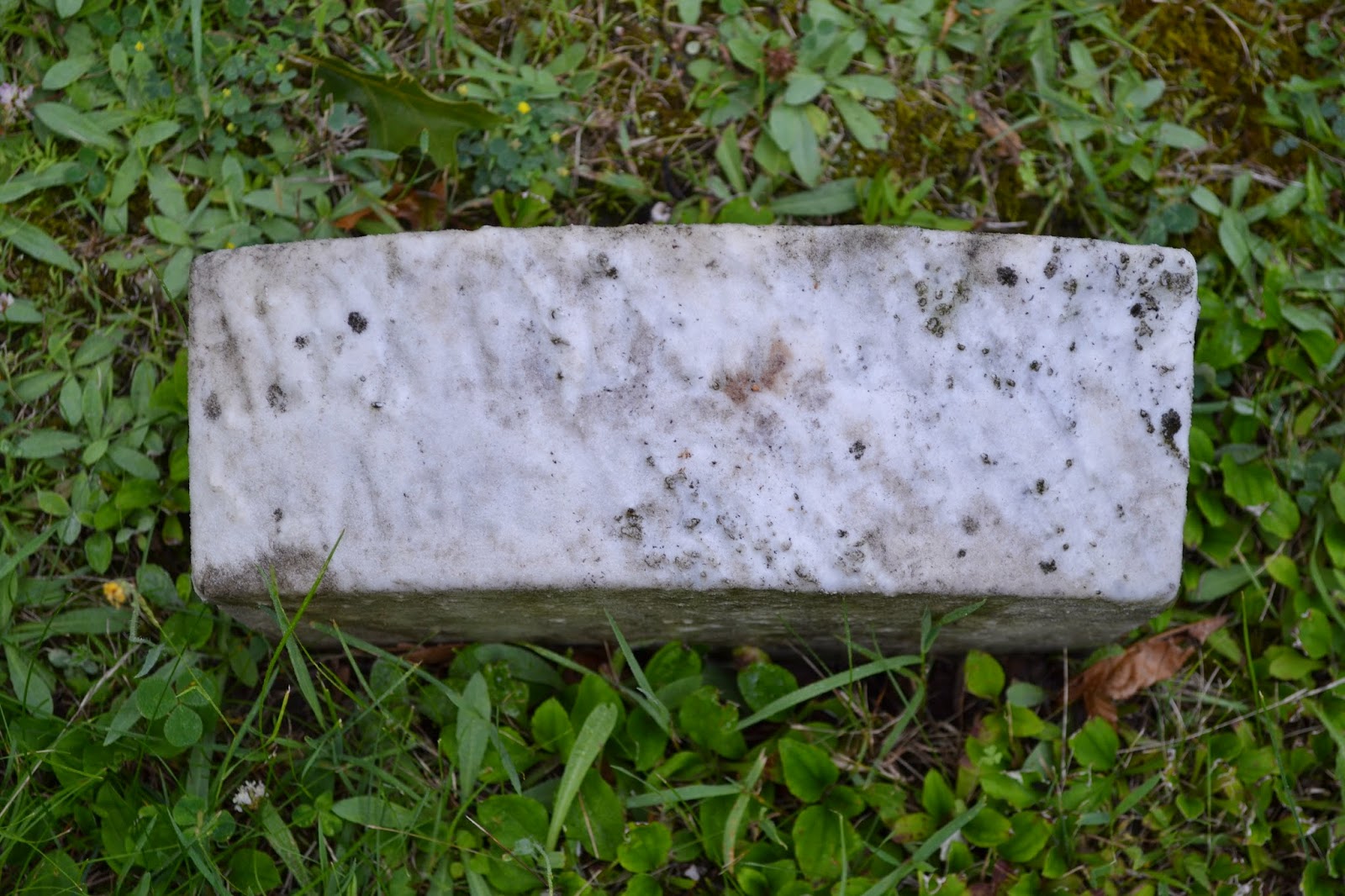 This headstone was very hard to read during a recent visit to Highland Cemetery in Ypsilanti, Michigan.  I thought it said Alexander and part of Glover was readable, but that was about it.  It wasn't until I visited the cemetery office that I knew for sure who it was.

Alexander is a common first name in my Glover family.  The information provided by the office helped me to identify which Alexander he was.  Alexander Glover was the son of Charles W. Glover and Mary Ann Glover, nee Powers.

His grave can be found in Lot 21, Block 100 in the back row.  There are a line of headstones which are all the same in looks.  A Glover family stone makes finding it a little easier.
Posted by Brenda Leyndyke at 8:02 AM