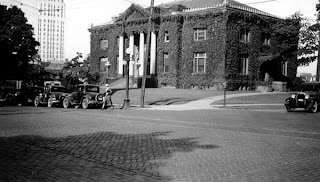 Willard Library in Battle Creek, Michigan has 5500 photographs relating to Battle Creek history online. This photographic preservation project includes photos from the 19th and 20th century. The photos are searchable by keyword within the caption of the photograph or by broad subject categories.

Some of the photos include pictures of
If you are looking for or have an interest in Battle Creek history. Check the Photographs from Battle Creek History out.
Posted by Brenda Leyndyke at 7:00 AM