Hattie L. Fenn
Circa 1872, Age 9
My paternal great grandmother was known as Hattie in every record I have found. I have always wondered if that was her given name, or if she was possibly named Harriet and used Hattie.

Hattie L. Fenn was born during the civil war, June 1863, in Michigan. Hattie was the youngest of five children born to Daniel C. Fenn and Elizabeth Ann Poore. Her siblings were Zealton, Tully, Osphie, and George. She had a half sister, Estella, who was born to Daniel C. Fenn and Jane E. Poor (Elizabeth's sister). Although I don't have proof positive of where in Michigan Hattie was born, I have a tax list for the year 1863 in which Daniel C. Fenn was taxed in Sylvan Township, Washtenaw, Michigan. 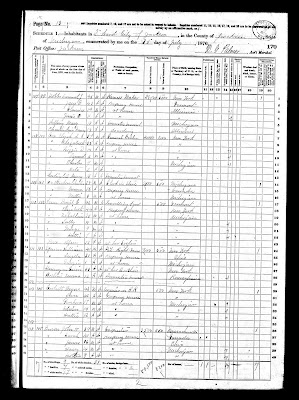 The first federal census that Hattie is found in is the 1870 census. The family is living in Jackson, Jackson, Michigan. Included in this census is Daniel C. Fenn, Elizabeth, Zealton, Tully, George, Hattie, and Ellen Poor (Elizabeth's sister). Osphie Fenn who was in the 1860 Census, at age 1, is not included in this census.


According to Hattie Fenn's bible records, her father, Daniel C. Fenn, died in February 1873. Hattie would have been almost 10 years old. Sometime before 1880, Hattie moved in with her sister's family:  James and Estella Shaw. The 1880 Federal Census for Jackson, Jackson, Michigan shows Hattie, age 17, working in a corset factory. 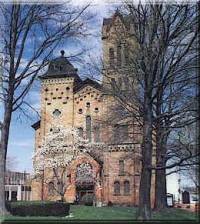 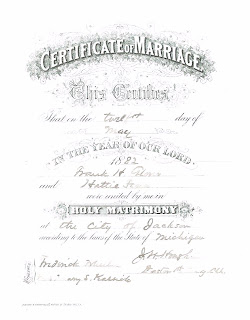 Witnesses to the marriage were Mrs. Mary S. Karnick and Frederick Wheeler.  (I wonder if the Catherine Wheeler written about previously, who was living with Frank and Hattie in the 1900 and 1910 census, is connected to Frederick Wheeler)

Hattie lived her whole life in Michigan.  While married she lived with her family in Crystal Lake and Marquette.  Sometime after her husband, Frank, died (in 1925) Hattie went to live with her daughter Adeline.  Adeline E. Glover married Victor Tyson and lived in Battle Creek, Michigan.  The 1930 Census lists Hattie living with the Tyson's.  My father remembers visiting Hattie in Battle Creek.  He remembers his visits to Gougac Lake, which Hattie lived near.  The street, Lake Ave, is no longer in existence.  But, it was within walking distance to my current home, as I live in Battle Creek.  Hattie continued to live with the Tyson's for many years.  Around 1950, she went to Munising, Alger, Michigan to live with her son, Claude R. Glover. 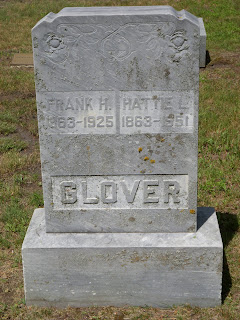 Hattie L. Fenn Glover died 14 December 1951 in Munising, Alger, Michigan.  She is buried at Park Cemetery in Marquette, Michigan.  The grave site is in Section U across from a beautiful pond area.
Posted by Brenda Leyndyke at 7:00 AM