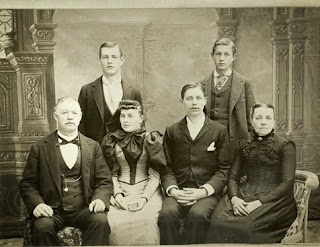 Philip Graf was born 2 January 1838 and baptized 8 January 1838 in Rockenhausen, Pfalz, Bavaria. He was one of seven children born to Johann Philip Graf and Sophia Kolter.  He arrived in New York City having traveled aboard the ship "Southhampton", in 1851.

Philip married Elizabeth in 1861, possibly in New Jersey.  They were the parents of four children: Charles, Katharine, Henry 'George', and August.  The Philip V. Graf family settled in Peru, Miami, Indiana.  Philip was a saloon keeper in Peru. He died on 23 August 1919 and is buried in Mount Hope Cemetery, Peru, Miami, Indiana.