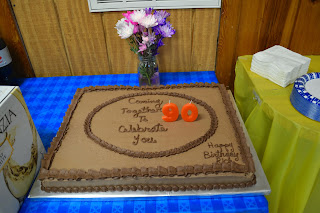 My uncle, Richard Lewis Fredericks* turns 90 this month.  His family gave him a surprise birthday party on Saturday, 16 May 2015 at the Spirit of the Woods Conservation Club in Brethren, Michigan. My husband, Kirk, and I went and I am glad I was able to celebrate this wonderful milestone with him.  Here are a couple of pictures of the party and a few older ones of Richard's younger years. 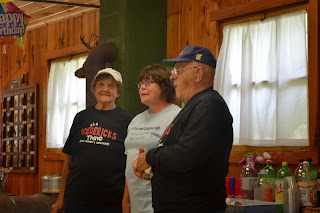 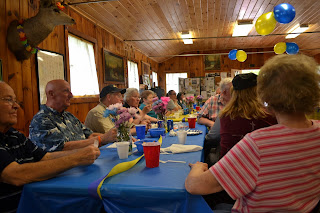 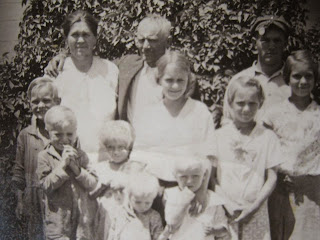 Early picture of the Fredricks Family
Richard on left folding his hands. 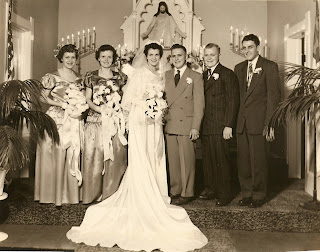 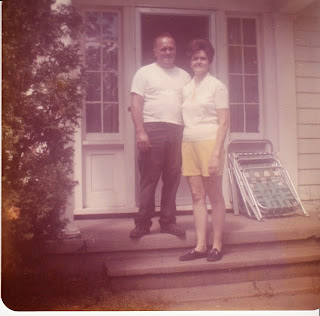 Uncle Richard and Aunt Mickey at home in Brethren. 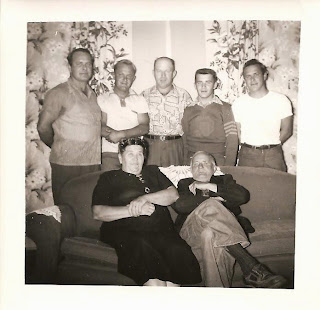 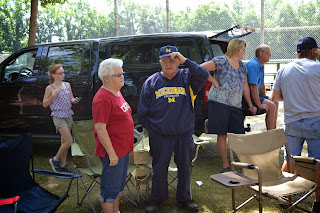 Richard Fredericks, a big University of Michigan fan, and his sister, Jeannie-2013

*Note: Although the family name is Fredricks, Richard's name was spelled Fredericks on his birth certificate and he has kept that spelling.